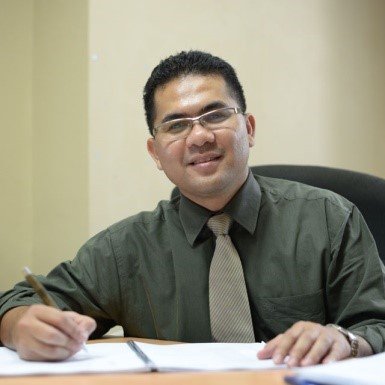 Associate Professor at the Faculty of Engineering, Multimedia University

Mohammad Faizal Ahmad Fauzi (M’00, SM’10) received the B.Eng. degree in Electrical and Electronic Engineering from Imperial College, London, UK in 1999, and the Ph.D. degree in Electronics and Computer Science from University of Southampton, Southampton, UK in 2004. He is currently an Associate Professor at the Faculty of Engineering, Multimedia University. His main research interests are in the area of signal and image processing, pattern recognition, computer vision and medical imaging. He was appointed as the Director for the Center for Quality Assurance and Academic Excellence (CQAAE) at MMU in August 2012. From May 2013 to June 2014, he was attached to the Clinical Image Analysis Lab at the Ohio State University, USA where he works on digital histopathology, especially on follicular lymphoma and glioblastoma diseases analysis. He has published more than 70 journal and conference articles to date. Mohammad Faizal is a Senior Member of the Institute of Electrical and Electronics Engineers (IEEE), which he first joined in 2000. He was the chair for the Signal Processing Chapter from 2008 to 2013. Under his stewardship, the chapter started organizing their flagship events such as the IEEE International Conference on Signal and Image Processing Applications (ICSIPA) and the IPIARTI and SASSP workshops, as well as aggressively promoting the chapters through various activities such as workshops, seminars, DLP talks, competitions, social activities and membership drives throughout the country. Subsequently the chapter was awarded the first ever recipient of the IEEE Signal Processing Society Chapter of the Year Award in 2011. He was the general co-chair of ICSIPA2009 and the general chair for ICSIPA 2011. He is currently serving as the Chair of the IEEE Malaysia Section as well as the past chair of the Signal Processing chapter.