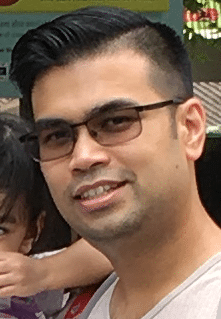 Alpha Agape graduated with a B.Eng (Hons) in the field of Mechatronics Engineering. He then went on to do his Ph.D with Monash University in the area of biomechanics. His area of expertise and research interest involves the design of intelligent/ autonomous systems particularly for the use of clinical/ sports biomechanics. He is also actively involved in related research areas such as motion analysis, wired/wireless instrumentation, signal processing, and artificial intelligence and smart systems in biomechanics. Alpha Agape first joined IEEE in 2006 as a student member, pioneering the formation of the student branch at Monash University Malaysia. As a member, he served as Student Branch Counsellor for the IEEE Student Branch in Curtin University Sarawak, between 2012 and 2014. It was during this time that he was awarded the “IEEE Outstanding Branch Counselor Award”. In 2016, he assumed the role of Student Branch Counsellor at Monash University Malaysia. Alpha Agape is also the current chapter chair of Engineering in Medicine & Biology, Malaysia Chapter.